Oaky Dokey’s testimony was the most interesting, just because he was the oldest witness, the oldest by far. Oaky Dokey was 436 years old. Can you imagine? He has seen more than 5,000 full moons. He remembers when Bangan Forest had no borders, when there was nothing but trees and rivers and rocks; nothing but animals and birds and plants.

Oaky Dokey wasn’t the oldest tree, Black Gum was even older, but Oakey Dokey had spent his entire life beside Debwewin River with his roots pushed right through River’s North Bank, his gnarly toes in water every day. He was the best witness to what had happened to Debwewin, and so it was his role to come before Council and talk truth.

The case had been brought before the Council of Seven by Debwewin River himself. He cited his right to be clean. Council had come to River to hear witnesses on North Shore.

Oaky Dokey grew on a small crest; River was slightly lower and water was wide here. Long Grasses loved both water and land; they danced all over North Shore. Spectators and supporters had trooped over with the seven Council members and they stood around in small groups. The situation was critical.

Oaky Dokey had a gravelly voice. “From the time I was a boy, River has been my friend, cooling my toes, quenching my thirst, growing my leaves, fattening my acorns. We are entwined and my health depends on him.”

“What changes have you witnessed over the years?” Councillor Crow led the questioning.

“Before Town was built,” said Oaky Dokey, “changes were seasonal: flooding, freezing. Current moved around and Sand Bar was erratic, but the quality of water never changed. Spring streams fed Debwewin fresh melted snows and he was clean. Since Town arrived, I sometimes see garbage in River: plastic bags and cigarette butts. Sometimes there is a smell or a pool of oily substance floating on top of water and she can’t breathe then, through that oil.”

A surge of agreement erupted from groups of deer and beaver and heron.

Ducks quacked loudly from River and frogs pumped their fists. They hated the oil slicks. Trout had already testified about the smell. Goose had brought evidence: one of her babies was all sticky.

“Flooding has increased,” continued Oaky Dokey, “and streams come earlier now that Heat has intensified. Year after year, it is too warm. But the dramatic change has been recent, ever since Town humans built pipes and culverts to join Town water with River. Town water is dirty- brown and smelly- and it mixes into River, our pristine Debwewin.”

Stream testified next. “More animals come to me now because I am clean, and I taste better than River. They are depleting me.”

Councillor Turtle was concerned with Truth and so it was he who spoke next. ”Debwewin River has the right to be clean. It is his birthright. More than that, Debwewin shows us our true selves when we look into him. This truth must not be distorted by garbage or oil. Water must be clear.

This very council uses Debwewin River to show wrongdoers the truth of who they are. It is essential that water reflects clearly for the health and good function of our community.”

Councillor Wolf raised his bushy eyebrows. “May I remind you that Mr. Fisher is waiting for his day in court.”

Everyone already knew that Debwewin River’s case had been pushed ahead because of the Fisher case. There was no way to help Mr. Fisher when there was no Truth to be seen in Debwewin.

“Clearly there is an urgent need to rectify the problem,” Councillor Wise Beaver spoke up. “I’ve been out to the site a number of times. It is a matter of re-directing that sewage water back into Town. Give me a team and 3 days.”

It took 3 days of stealthy work and 3 nights of manic work. It took 45 beavers, maybe 20 or so turtles, and a slew of muskrats and otters. It took about a hundred otters, but you’d swear it was a thousand the way they swarmed the project… and wanted all the credit too at the end.

Wise Beaver’s design perplexed Town humans. It was weeks before they realized that their dirty water was being recycled right back to them. Wise Beaver had blocked the pipelines with dams so that dirty water couldn’t reach River. Otters’ slides and tunnels re-routed that Town water right into the water tower on the edge of Town.

Councillor Eagle took Debwewin River under her loving wing and he healed rapidly there. The trees and plants and animals poured love and gratitude into River as he quenched their thirst once again.

Mr. Fisher’s case came to Council and it was agreed that the time had come for Mr. Fisher to stop hitting Mrs. Fisher. Crow walked with him to Debwewin River, and Fisher looked at his own face in water.

Mr. Fisher saw all these truths in Debwewin River. He understood that he was a hurt fisher; not a bad fisher. Like all animals in Bangan Forest, Fisher trusted Debwewin River, and so he believed the Truth of who he was.

Humans figured it all out, of course- they are the clever ones. The Town workers unblocked the pipelines, bulldozers ripped apart the dams and tunnels. Garbage flowed directly into Debwewin River once more.

So, Wise Beaver’s team got back to work.

And then the bulldozers came back.

Just when it looked like the cycle would never end, a teenage human posted a few pics on Instagram. They went viral- did you see them? Pics of beavers at work, bulldozers at work, sewage flowing into River, trees weeping, ducks unable to fly with their heavy oily wings. Those pics were shared all over social media.

A reporter came and interviewed Oaky Dokey, Wise Beaver and Town Mayor. Mr. Fisher was on the news too. He explained how Debwewin had shown him his true self. He had taken his hurt to Eagle who gave him so much love, that he came to forgive himself and his father too. But the most important interview was with Debwewin River himself. It was the first time a river had been interviewed by a human.

And so it came to pass that Town workers installed some expensive machines that clean water. Beaver Team became a consulting firm, much in demand in Town. Mr. Fisher became a loving husband; Little Fisher grew up to be peaceful too. And Debwewin River’s rights were upheld- the right to be clean, the right to be treated as a living being, the right to be his own true self. 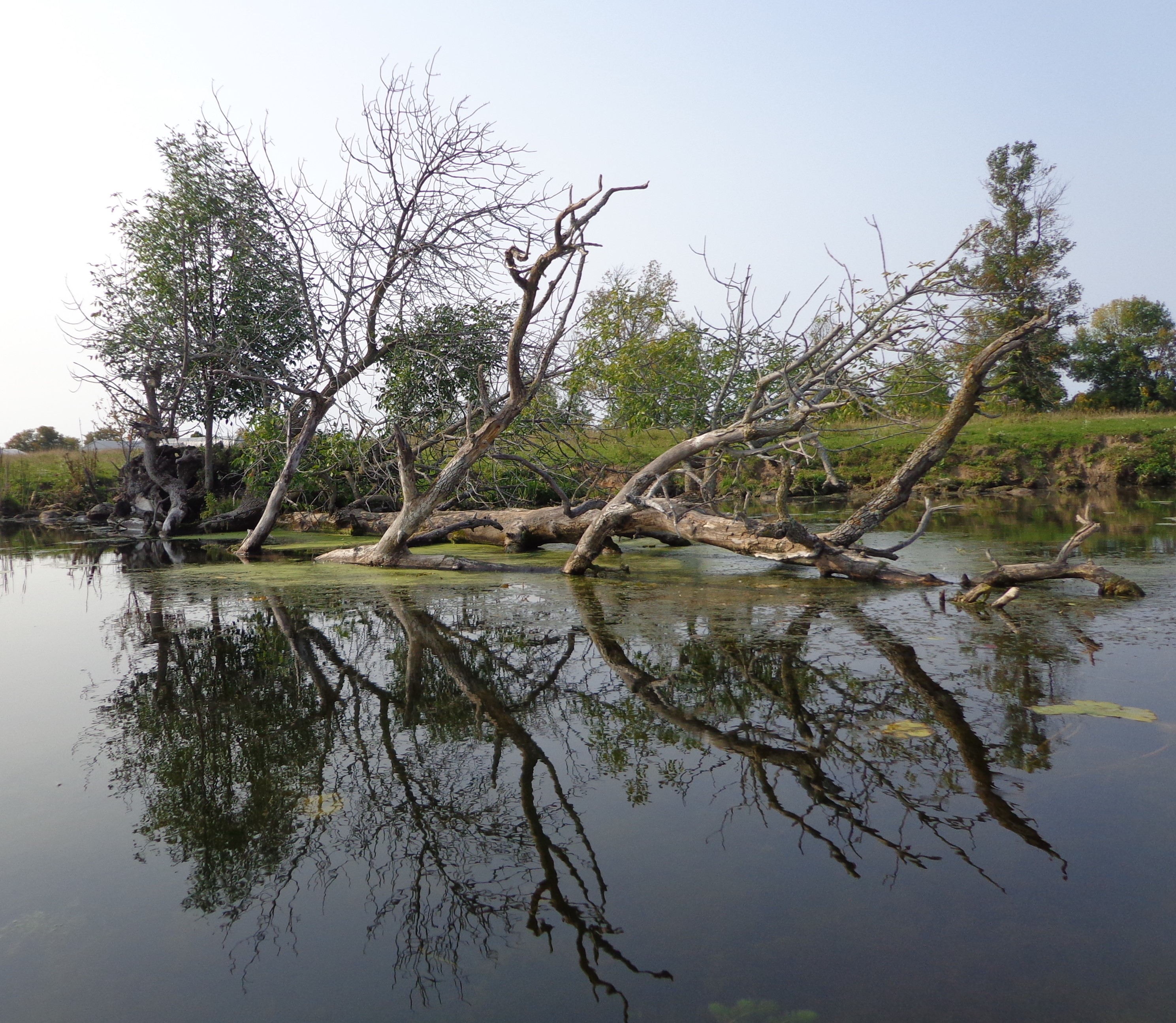 2 thoughts on “Debwewin River – a story from Bangan Forest, by Laurie Fraser”