lest we forget the missing and murdered indigenous people in Canada.

When Wolf howls at Moon, it is said that all Disappeared Deer hear their names. He howls each name, and they know he is looking for them; they know they are not forgotten. Their mothers and fathers hear their own anguish when Wolf howls. Wind joins in then, wailing and moaning around trees and dens, calling out their names with Wolf: “Ada, Ruth, Cheyenne, Alissa, Rhonda, Azraya, Edna, Marilyn, Cheryl, Delaine, Beatrice, Gladys…”

The Deer Clan is experiencing a heartbreaking crisis: deer, usually females, are disappearing. It’s been going on for years. 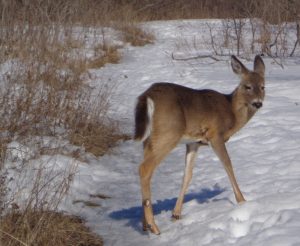 The Council of Seven have met, of course, many times about Disappeared Deer. Experts have been brought in, studies studied. Theories abound, most of them involving foul play, humans and poachers. Councillor Eagle can’t let go of the UFO angle and he is harshly judged for his alien theory, but to be fair, Eagle does fly awfully high, sometimes quite close to Sun, and occasionally he reports seeing things that the residents of Bangan Forest can hardly believe.

At Council, evidence has come to light that supports the tricking theory. Daanis Deer was only an adolescent when she told her friends that a human had offered her a job dancing in Town. Her father had forced her to dance from a young age, so it was natural for her to think of herself as a dancer. Daanis was especially pretty with little white freckles on her nose. Males admired her gorgeous legs and long supple neck.

“She said his name was Mr. Human,” Daanis’s friend reported to Council. “He told her that he owned some dance clubs and vegetarian restaurants. Daanis said he was really nice to her, like a boyfriend. He gave her a whole box of sugar.”

Another missing deer named Nindaanis had told her family that she was going to visit some friends in Next Town, but she had never arrived. No one knew what happened to Nindaanis.

“It’s a long journey between towns,” Wise Beaver pointed out. “Anything can happen out there. Land between towns is not protected like Bangan; travel isn’t safe for deer.”

“They’ve probably been shot by human hunters,” said Councillor Turtle. He was concerned with truth and it was he who would be the one to speak the most difficult words. “They may be in freezers and on dinner plates all over the country.”

“Daanis talked about dancing opportunities in far off places like Greenland and Japan and Las Vegas. She was quite excited about that,” said her friend.

“Japan has plenty of their own deer,” said Eagle, who had been there.

“Mr. Human said Daanis was especially beautiful. They don’t have deer that look like her in Japan.”

“You see?” said Wolf. “It’s a type of trap. If one deer didn’t come home, we could imagine she is settled in a new home. However, it’s not one deer- it’s dozens now. How could so many disappear without a word, without a message sent home to their families? Obviously, they are not working at jobs or travelling to exciting destinations.”

The Forest Boys were asked to come before The Council of Seven and advise. The Forest Boys are a loosely organized group of minor criminals operating in Bangan Forest. They’re mostly involved in sugar smuggling. Membership includes elk, raccoons, coyotes, weasels and badgers.

It was Fat Badger who spoke. “We are aware of humans contacting deer and offering jobs or gifts of sugar. That happens in Outer Meadow usually, or in the ditch on this side of Danger Road. Sometimes deer want the sugar so much that they go off with the humans. We don’t know where they go. We try to convince them to stay because we want them eating our sugar, not town sugar… but they tell us it’s free in Town.”

“How can sugar be free?” asked Wolf.

“I know, that’s what we say, but they’ve made new friends. They’ve been promised.”

He is one frustrated wolf. He spends his days watching from ditches and meadows’ edges, but Wolf has not found even one human handing out sugar and telling stories of fame and wealth. He has not returned even one female deer or fawn to Bangan Forest.

It’s still a mystery, the facts are not known, dozens of females are lost out there- maybe as close as the nearest Town, maybe as far as a stage in Japan. They might be travelling the world. They might be trying to get home. There’s a chance, and no one except Turtle is willing to acknowledge this possibility, but there’s a chance that they’re dead.

All of us here in Bangan Forest miss these females very much. They were supposed to grow up here, helping us, as deer do, with pruning and so on. They were our future Council members and who knows- teachers, ballet dancers, firefighters.

There’s a chance too that they are singing and dancing in your town.

After he howls the names, Wolf runs around Mother Earth, circles her every single night looking for Disappeared Deer in towns and forests and bus stations. Moon assists, but even so, Wolf could use a hand at this point. I mean, if you see some pretty female deer on the street, please, just take a moment and ask: “What’s your name? Where are you from? Do you want to go home?” 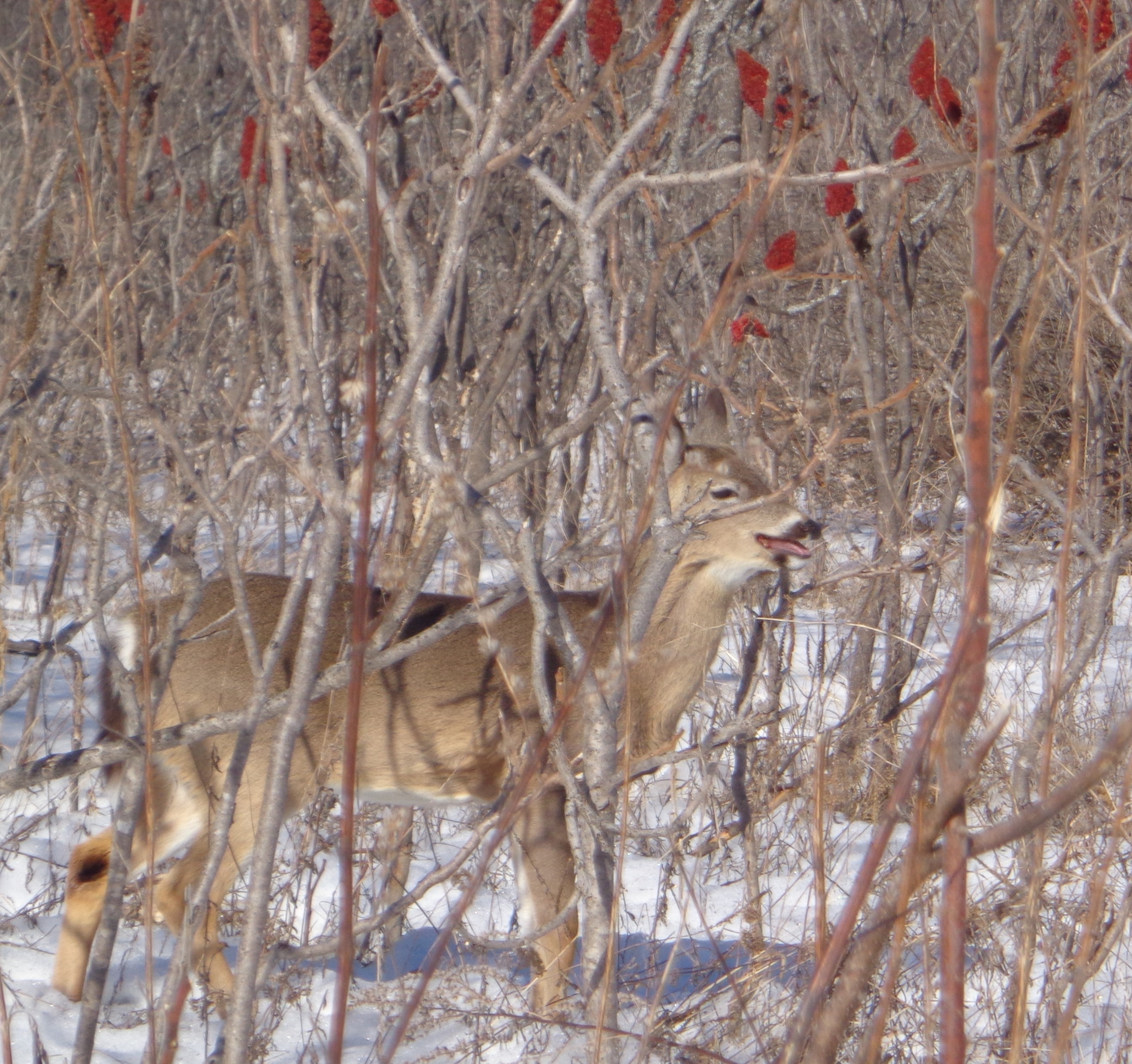 4 thoughts on “Disappeared Deer- a short story by Laurie Fraser”