Today is my wedding anniversary. I married my Kurdish husband on Valentine’s Day which would be too corny for my taste except that in Turkey the day is not celebrated, and I had lost track of the date.

Benim Bey died many years ago, but he always brings me a gift on this day. I am clairvoyant and those gifts are often energetic- bouquets of roses usually, sometimes a song on the radio. He always visits. I smell him first- cigarettes and body odour. Then I feel him giving me hug from behind, a kiss on my neck. More often now as the years go by, I am able to see him- usually pacing, sometimes dancing with his arms out from his sides, fingers snapping, wrists turning. Such joy pours out of him that it is easy for me to share. I can only laugh. Sometimes I dance with him, and it is as real to me as if he were physically in front of me.

This year my gift arrived a day early. My nephew and I found each other yesterday. “Halil” in my book is an adult now. What a thrill to connect with him! He was just a boy, but he remembers me. I had lost touch with the family, and I always regretted not maintaining contact during my travelling years.

From The Word Not Spoken- this short excerpt is from the end of the book when Leigh visits the family years later. Although names have been changed, the experience is true:

Later, in the front room drinking tea, Leigh understood that although she’d been quickly accepted by this family, she represented more now. She was someone Ahmet had loved, and so she became cherished. She knew how they felt because she felt the same way. Shana’s high cheekbones were Ahmet’s; Berna’s curly smile was Ahmet’s. Anne’s love, Azize’s toughness… Ahmet was in all of them.

Halil was ten and had thinned out. His way of laughing hard while clapping his hands was Ahmet’s; the way he squatted next to his cousin and the evil eye he gave her later–it was all Ahmet. Sometimes Leigh couldn’t keep her eyes off Halil, and she wished (that she had borne Ahmet’s child).

She couldn’t have felt more welcome or more loved. Turkey had always felt like home. She was satisfied down to her bones that it was still so. She had considered Turkey might have been impossible without Ahmet, but now she knew her relationship with the country was a separate enduring thing. She missed him intensely though. She yearned for his face, his voice, his “everything”…laugh, fingernails, carelessness, optimism. She knew he wasn’t coming; she knew she wasn’t waiting for him as she so often had. There was no anxiety, no phone that would ring or not ring, no Ahmet who would bounce through the door laughing at her worry, because the worst had happened, and he was under the ground. 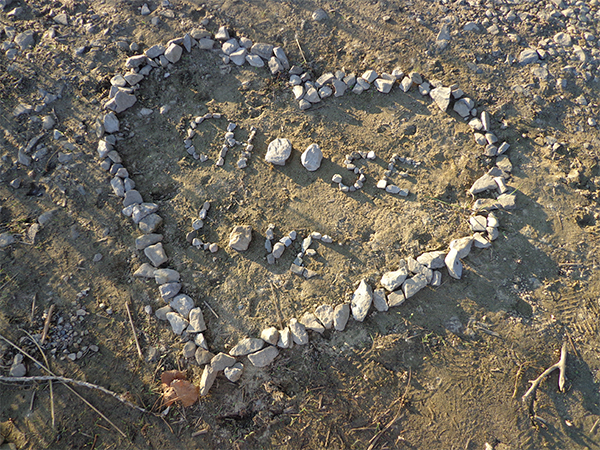