I was in downtown Ottawa today for a haircut. That took 10 minutes, so I went for a walk down Bank Street in the sweltering heat. Immediately, I came across a new Asian restaurant (202 Bank St.) that screamed BUBBLE TEA in two-foot high letters. To my delight, they served bento- a Japanese box lunch. As I sat by the wide-open double doors and people-watched, I picked up one treasure after another with my chopsticks: tempura shrimp, yam and bean; candied chicken satay; california rolls; gyoza; chicken teriyaki with rice. It came with a green salad and miso soup. Took me back to Japan- yum. And only $10.99.

I was unable to eat it all so I gave the leftovers to some pigeons in a small square. A gull came and harassed them, but they got a bit. One male pigeon was all fluffed up- larger than the rest- and uninterested in food. He was hounding a pretty female who kept 2 steps ahead of him at all times.

A smelly man, quite drunk at 1 p.m., stopped and watched with me. “The gulls are bullies,” I said. “Everyone’s gotta eat,” he answered.

A young Chinese man stopped me for directions to Rideau Street. We chatted and I learned he was from Shanghai and would study at the University of Ottawa. Today was his first day in Canada, so I walked with him down Sparks to the Rideau Centre where he would find the monthly bus pass he wanted. That made me happy…and hot, so I slipped into the Lord Elgin Hotel for some air conditioning.

The hotel is quite posh, but I thought that since I was wearing a fedora and the holes in my cut-off shorts were few, that I could fit in. I chose a comfy couch by the window of the lobby and read a newspaper someone had left behind. The bathroom is the cleanest that I know of downtown, one George Costanza would approve of.

Once refreshed, I hit Elgin Street and soon crouched beside an ancient black man sitting on a step playing the harmonica. Summertime blues. A little further down the street, at the Human Rights Monument, I came upon a rally for peace. The flags were Palestinian and as I got closer I read the signs: “Stop killing our children!” “Violence must end.”

I’ve known many Palestinians over the years, and I wandered through the crowd looking for Students I Have Known. No familiar faces, but familiar music, familiar black and white scarves, familiar troubled expressions. I wasn’t the only white Canadian there; I settled on a stone and watched.

Soon four men in black coats, round furry hats, beards and ringlets by their ears came walking toward the crowd. Hasidic Jews. Without a word, they stood in the middle of the crowd and unfurled their signs: “Stop the violence!” “Judaism does not condone war.”

Emotion caught in my throat as a throng of Palestinians gathered in front of the Jewish men to read their signs. Eyes comprehending; eyes meeting and touching. I had no camera, so my mind took the shot- a moment to remember.

I walked away then, but all the way back home I felt grateful to be living in Canada. And so grateful for all the people who have made it here, no matter why they came. This is a good place to be. 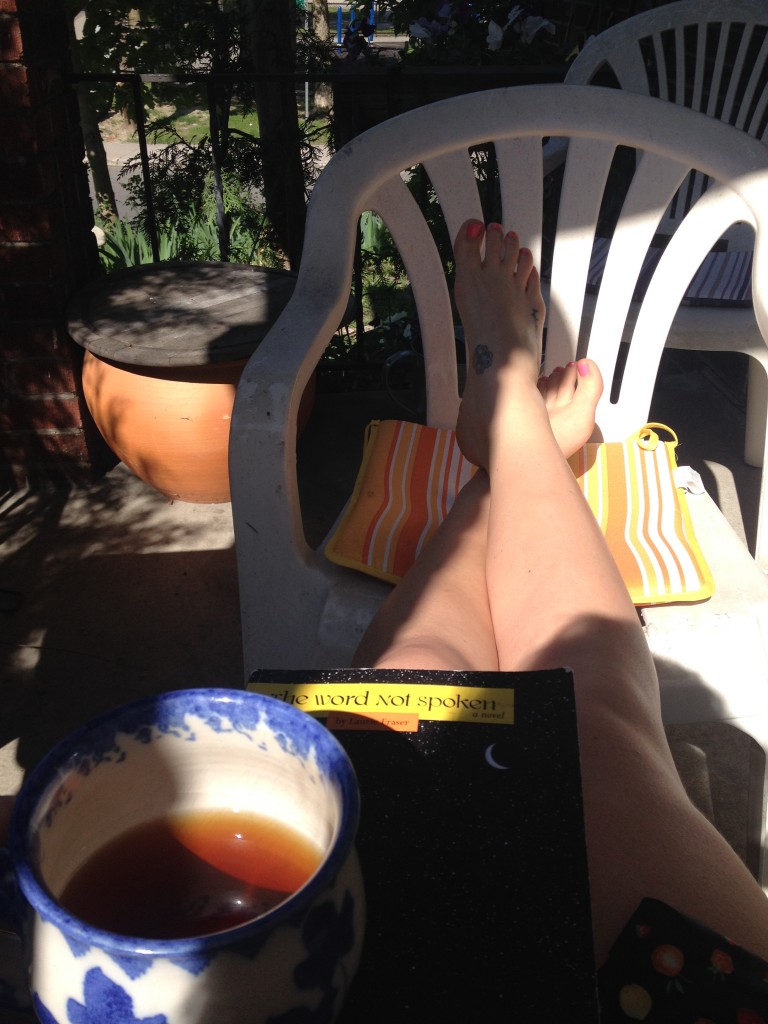