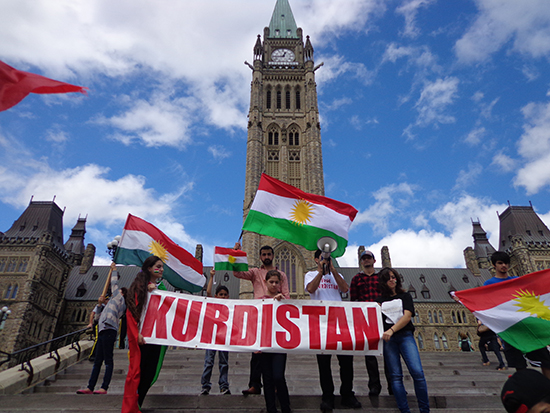 It really feels like exercising my right of free speech to walk with sign held high around Parliament Hill (Ottawa) “In Solidarity with Kurdistan”, answering the megaphone and marching over to the American Embassy. The words were grateful for humanitarian aid, asking for more, the end of ISIS, and call for immediate help for Yezidi refugees in danger. 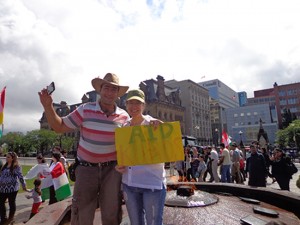 At the eternal flame. We’d been drenched in a downpour but the sun came out again.

I met a former student there. He’d received the text at 9:30 am, dropped everything to be downtown by 11 to march. It was spur of the moment for all of us, and spirits were high…hopes are high these days that the West will help this time. 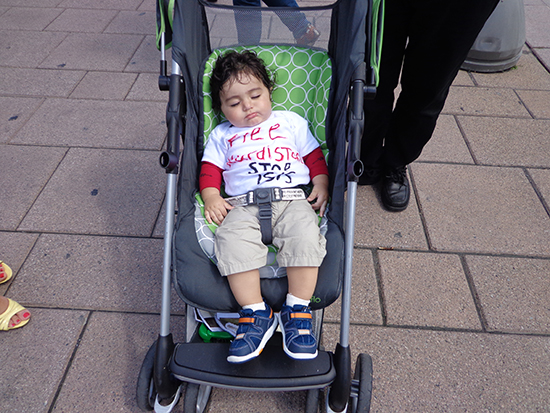 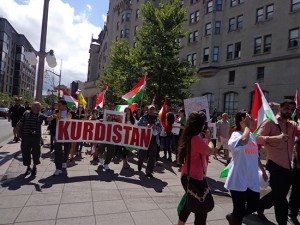 Marching to the American Embassy. “Thank you!” we chanted outside. “Stop ISIS!”

I got the email the night before- the anniversary of my husband’s death- and couldn’t think of a better way to honour him and so many other persecuted Kurds, still dying as I write this.

A week later, I participated in a fundraiser for the refugees, donating book profits to the cause. “Kurdish in Ottawa” organized the event. They barbequed chicken and collected donations. We played soccer and drank tea-  a very pleasant way to raise about $2,000.

How can you HELP?