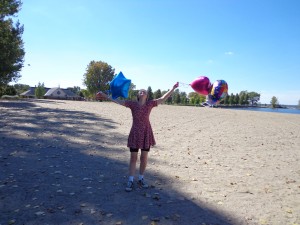 With joy, I release my story!

I’ve never been to a book launch, but I suspect toasts and people looking at me. My stomach clenches at the imagining, and I remember a reception I was invited to as a university student. I’d won an award for lyric poetry and I forced myself to attend.

Before arriving at the reception, I ate a fried bologna sandwich in my Chinatown apartment and cut my own bangs…repeatedly because I couldn’t get them straight. I arrived at the reception with bangs so short that they attracted stares, but not smiles. I was wearing $1.00 Chinese slippers and the only skirt I owned.

There were no introductions, no announcements, no hand-shaking. In fact, no one spoke to me at all, and I worried I might have crashed the wrong party. I stood against a wall and then circled the room a few times. I went home without having uttered a word. The “award” turned out to be $100 cheque that arrived in the mail. Read the poem.

All this to say that I decided to be comfortable at my own book launch. I know who I am now.

I plan a 3-way launch- by boat, by balloon, and by rocket- at the beach near my house. On Sunday, (part 1) I launched my book with balloons. My friends were there. A few passersby in bathing suits came over to our little table for Turkish Delight and Turkish coffee. We talked about love.

I had tied laminated notes to each of 3 helium balloons, saying the finder was entitled to a free softcover book. I sent the first one off to Oprah’s garden with clear intent, but the laminated card weighed it down…we saw it bounce on a few roofs instead of heading up high and southerly to the States. The next one obviously struggled with its weight as well. We clipped the card off the third balloon, and it flew straight up into the sky. We cheered and then watched until it disappeared.

For me, these launches are physical manifestations of the energetic work I’ve been doing for months. Daily, I visualize sending The Word Not Spoken up into the sky, where it spreads around the world, through computers on a giant spiderweb, and by friends who pass it along to friends, saying “Have you read this? It’s such a great book. You’re gonna love this!” 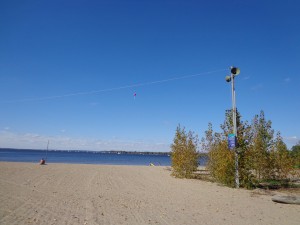