It was one of May’s cool damp mornings. Fawn wore a beige sweater and an acorn necklace, but nothing on her legs. Her legs were so gorgeously awkward that no male of any species could pass by without gawking at them. Frogs and herons alike admired Fawn’s legs.

She came soundlessly out of Bangan Forest and stood for a moment where Long Grass began. Peace was all around except for Baby Jay squeaking for his mom. Turtle was beside Stream, acting like rocks. His dark eyes peered at Fawn from under the brim of his cap. Turtle was a sucker for legs, but he posed no threat. Fawn stepped over to Stream.

Her exquisite legs were on display as she splayed them apart and bent her mouth to Stream to drink, her saucy white tail in the air.

“Thank you,” she said to Stream, “you quench my thirst.”

“I’ve been gaining weight,” said Stream. “I could fill a camel.”

Fawn lifted her pretty head and looked around. At this point Stream moved slowly, hanging out with little pools and inlets, but further down Stream, rocks would break water into tiny white waves, causing Stream to spit up like a baby. She was small by nature, not a river, but Stream was long, and she knew mountain meadows as intimately as she knew Bangan Forest.

“I don’t know about a camel, but my brother is just behind me,” Fawn laughed her tinkling little laugh. The whole family needed Stream, and they visited every day.

Stream was birthed by Spring herself when Sun came closer each year. Sun hugged Snow with his many warm arms. Snow would melt with love for Sun and take off running and playing all the way down Bangan Mountain. And so it was that baby streams were born all over the place.

Sun hugged everyone- ice and snow, but also tree trunks and winter sleeping places. He woke bears and groundhogs and turtles. Old friend Rain came back as he always does, even Sleet showed up once in a while.

This Spring, Stream had grown until she felt quite large. Deep curves developed, pockets and eddies came into being. It was because of Sun’s warm kisses that her body was constantly changing. Stream adored Sun and would do anything for him, give him anything- even her own self.

Stream and Sun had a complicated relationship. History. They had kissed before- this wasn’t Stream’s first trip down the mountain, after all. Sun hugged the others- snakes and lizards and baby robins- but Stream was the one he kissed. Stream was special.

Stream freely admits to silliness and poor judgement those first heady days with Sun each Spring, when Pussywillow sang her songs, and Crow seemed to fight with everyone. Every year, Stream would expand and stretch under Sun’s attention, her little ripples giggling, her fingers reaching and reaching for more. She would rush and chase and take some crazy risks choosing her path, but streams are like that.

Of course, Day would grow longer then, and Sun had plenty of time for Stream. Stream could count on Sun to shine on her, warm her waves, glisten her peaks, reveal her precious stones. She loved to give to him- vapour, mist, wet kisses… whatever he asked.

The animals of Bangan Forest would come to slake their thirst and to feed too, for small fish frolicked in her. Stream slowed down with Summer and she gave to all who needed her: dragonflies, moose, clouds.

It wouldn’t be until late summer, but sooner or later, every year, Stream would give too much to Sun. Conversation would dry up first, and then it would come to pass that Stream herself would become quite weak. Sun became hard then, and he would dictate her path. He refused her soft kisses, and it broke her in places. Sun would glower and glare as Stream thinned. Bushes often grew nearby, gaining size by late summer, and she would try to hide under them. Sometimes clouds protected her. Rain rarely helped.

When Sun did bother to show up, he was cold and distant. He didn’t have much time for Stream. She would miss him then and call, but if Sun did pick up his phone, he made excuses: he had to work overtime, he wasn’t accustomed to Stream’s constant babbling.

The truth was that Sun had other streams. Spring was always arriving somewhere, causing melts and havoc everywhere she went. I mean, Spring is famous for that. In Paris or on a tall mountain, Spring will mess you up.

And this hard truth meant that Sun could not be present for Stream when leaves fell. Deserted every Autumn, Stream would cry until she was dangerously thin. Some years she barely survived, nothing but a frozen trickle on rock-hard ground.

Winter was good to her though, holding her safely in his strong arms every year. She could always count on Winter for some stability. He brought the Snows, and they guarded her too. She would rest there until Sun came nudging around again.

Oh, he was confident! He could play guitar and of course, being Sun, everything revolved around him. Beautiful, charismatic, he reached every year, reached for Stream.

“Not this year,” Stream would say, her icy thin arms still tight around herself under sleepy slopes of snow.

“Deer is thirsty,” Sun would tease. “She can’t drink ice.”

But Sun would flirt, you know how he does it- a clear ray right into an eye, a breaking smile, and then the hug that she had been missing… warmth.

“Sweetie,” he called her.

Stream knows about this, the cycles that always circle- seasons and water and love. 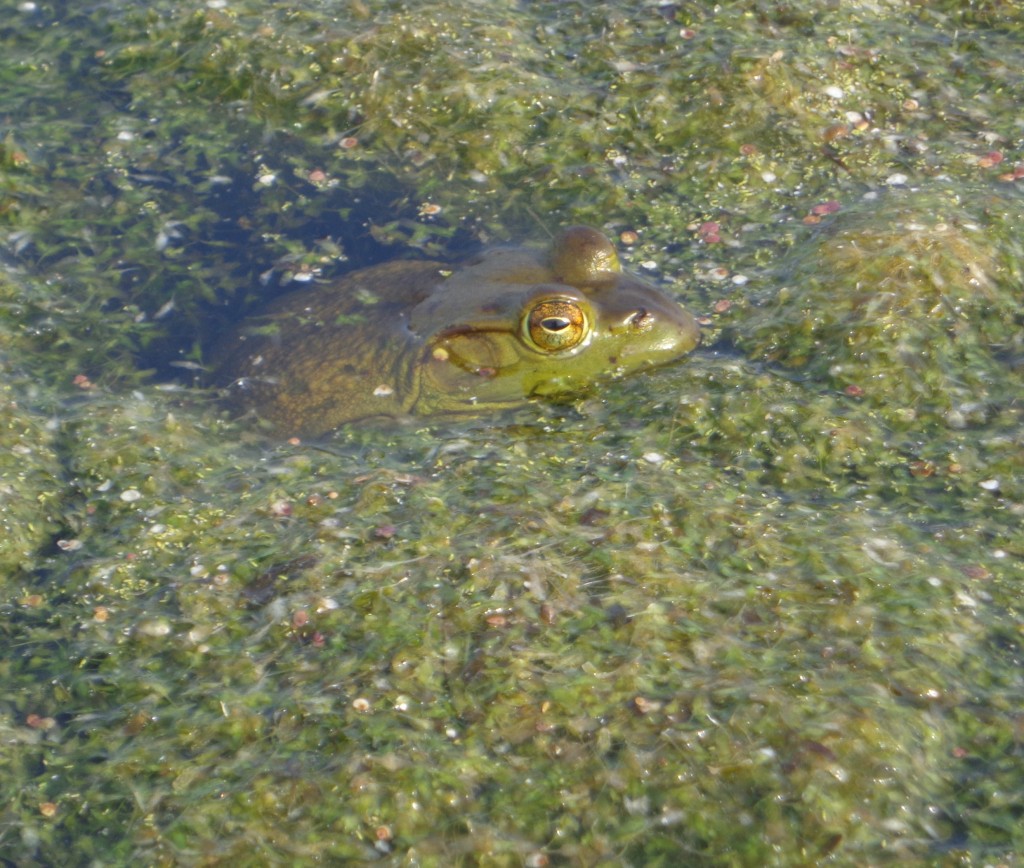 3 thoughts on “Stream Knows – a story from Bangan Forest, by Laurie Fraser”