a story from Bangan Forest

Blue Sky was skinny and sharp and blue. That about covers it. He was no more than 2 inches tall, thin as a pin, sharp nose, pointy hat, blue skin. His skin was losing colour. I mean, he was born bright blue, but a decade later, he was more the colour of faded jeans. He’ll die young – all fairies do – and he’ll be translucent by then.

Blue awakened early in anticipation of Corn Moon. She would be full tonight. Blue climbed out of his bluebell blossom bed and slid down her stalk. Grass was taller than Blue. He pushed blades and stalks aside and made his way to Echinacea who had some drops of Morning Dew on her petals. He washed his hands and face in Dewdrop. Since it was a special day, he pulled off his pointy blue boots and washed his pointy blue feet too. It tinged Dewdrop blue, but Dewdrops are used to these fairy effects. I mean, sometimes, if you take the time to notice, dewdrops resting on Sweetgrass and flower petals in the early morning are many different colours: pink, green, gold, violet… depending on who’s been washing in them.

Deep Summer had a way of making everyone believe that she would never leave. She settled into Bangan Forest like a fat human in a double-wide chair: heavy heat spread into every nook and cranny. It seemed it would be too much of an effort for her to ever pull herself out. Temperature was already torrid as Blue picked his clothes for Corn Moon’s celebration. He picked 3 clover leaves and wrapped them around his body. His belt was Blade of grass who wound around his waist 3 times, that’s how skinny Blue was. He topped his outfit off with his blue felt hat. He’d worn that hat every day since he found it hanging on Tiny Twig, forgotten by a long-ago fairy. It was a bit sticky but that’s because he used it to filter maple syrup in Spring.

Blue gathered food for breakfast: fibre from Dandelion’s bitter leaf sweetened with honey drips from Bee’s hive and milk from Milkweed. After he ate, he sat on Earth and wrapped gifts to share at the celebration. He put several honey drips in the middle of Buttercup’s blossom and then folded her petals over one by one to protect the tacky treasure. He was building a pile of these sticky yellow gifts, absorbed in his task, when:

He startled even though he knew who it was immediately. “Wild! Don’t scare me like that!”

She giggled. “What are you doing?”

Blue showed her the sharing gifts. Wild had brought a little package of Primrose Pollen for the party, but she sat down beside Blue and helped him wrap Honey Drips. Soon they were both covered in honey up to their elbows. By then Morning Dew had evaporated, so they gathered the sharing gifts up in a sack and headed to Cricket Creek to wash up. The sack was heavy, but no dragonflies were around to help, so Blue and Wild held the sack between them as they doggedly flitted up and down, at the mercy of Breeze, all the way to Cricket Creek.

Wild checked her reflection in Water. She had fresh Daisy Blossom on her head, the white petals reflecting Sun and keeping her cool. Her enormous eyes were violet- smokey violet. Wild had picked a white party dress- 2 fresh rose petals. As always, lavender filled her shoes and pockets; lavender flowers tangled her long hair. They were even in her ears. Sometimes she woke up with lavender petals in her mouth! All of that was because she slept in Lavender Bush. Her full name was Wild Lavender, and Blue Sky adored her. She looked good and she smelled good, but most important of all, she was his best friend.

Once they were all cleaned up, they flitted over to Sunny Rock. Sunny Rock was wide, low and flat. Sun loved him and they were always hanging out together, making themselves quite popular with snakes and dragonflies and fairies. This morning, Sunny Rock was covered in fairies who wanted a ride to Little Clearing. Red Dragonfly Service was working non-stop, but there must have been 20 fairies waiting. Blue took Wild’s tiny hand in his and they flew down Elk’s Path a short way to get away from the crowd. A few minutes later, he flagged down LuLu Butterfly, and they were on their way.

Now, fairies will celebrate anything. Their lives are short and jam-packed with joy. Every single moment is worth celebrating in a fairy’s life. They celebrate new moons and full moons. They celebrate every new plant, every death; they celebrate the first fruit and the last fruit.

If you see a wild strawberry plant and there is a fairy ring around it, a ring where the grass is lighter and thinner, you can be sure that fairies danced there. You can be sure that this plant birthed the first strawberry of Summer. Fairies never eat that first white berry, even once it turns red. Well, no one in Bangan Forest does that, for all have agreed to abide by the Honourable Harvest rules, one of which is: Do not take the first one nor the last one.

Wild and Blue took their sharing gifts over to Buttercup Clump. Many sharing gifts had already arrived: pine needle baskets and pouches too, dried salty plants from Old Swamp, soapberries from the other side of Bangan Mountain, Dandelion straws filled with honey and milk, Lavender from Outer Meadow, a wide selection of feathers, some White Birch syrup, a few flint flakes.

“How blessed we are in Bangan Forest!” said Wild.

“Plenty,” smiled Blue. He wanted to kiss her. He kicked the toe of his pointy blue boot into Earth. “Plenty blessed.”

“With food and friends,” Wild said. She wanted to kiss him, but she just took his hand.

The friends flew over Goldenrod and Asters. Little Clearing was busy, but it would be downright crowded with fairies by Nightfall. Some friends lived here, like Morel Mushrooms and Pond, Rockin’ Rocks and Lilypad Knot. Others travelled a long way for the festivity. Wood fairies, River Fairies and Mountain Fairies were all here, gathering to gather together.

Fairies celebrate the moment because they live in the moment. Although there was plenty of chatting, there was little actual news. Fairies don’t care about the past and they have no faith in the future, so for them, it’s just now. This Day’s news was that Corn Moon was full. No gossip. No fake news. No fearful imaginings. The only news a fairy needs is what to celebrate today.

Hummingbird had contributed to the buffet and she was a remarkable cook. Always humming, Daisy stuck behind her ear, Hummingbird loved to prepare festive foods. For Corn Moon, she had prepared corn muffins, corn panna cotta, corn chips, popped corn kernels, charred kernels, and creamed corn. No matter how much fairies ate, Hummingbird would dart in with more delicacies: candied crab apples on branches, pine nut brittle, candy floss clouds. To cut through the sweet treats, she served the tart tastes of Deep Summer: fresh blackberries and blueberries and ground cherries.

Blue filled 2 glasses with Nectar and brought one over to Wild who rested on Queen Anne’s Lace. He thought she was exquisite with her violet eyes and white rose petal dress, her long lavender braids and Queen’s throne. She reached out one delicate arm to take the drink.

“To this moment,” toasted Blue. It was Fairy’s Toast; it was always the same.

“To this moment,” grinned Wild. She thought he was spectacular with his blue skin and Clover clothes, his pointy nose and fancy boots.

Their glasses clinked as if they had kissed.

You would think Wild and Blue would kiss then. I mean, fairies don’t waste time. They cherish every moment. Like flutterbys and butterflies, fairies don’t live long. It’s their wings, their delicate wings. They are dripping fairy dust, dropping fairy dust everywhere they go. Enchanted dust that grants wishes, heals hearts and wields magic. So little precious dust, so little precious time. Because of this, fairies savour moments.

For sure, you’d think Blue would kiss Wild or maybe, Wild would kiss Blue… in that moment, that toasted moment… but they did not. All afternoon, Wild and Blue chose to sit side by side on Queen Anne’s Lace, holding hands and waiting for Corn Moon to show up. Who’s to say they didn’t savour every moment?

Deep Summer remained hot when Dusk arrived. Corn Moon showed up early; he was ecstatic to be full. He poured love down upon Mother Earth and all her life: plants, rocks, animals, humans, fairies. Moon loves all without judgement. If you exist, Moon loves you; it’s that simple.

Most feet were bare and not touching Earth at all. Fairies spun in pirouettes. Precious dust flew off fairies, sparkles sparkled. Fireflies joined the light show.

Each fairy was glowing their own colour, and as they circled together, they became halos of light. Pink halos, blue halos, golden rings rolling up into Starry Sky. Dancing fairies swirled like Saturn’s Ring. They whirled like Galaxy. And they were no less.

Wild and Blue were born of this place, Forest and Sky. Mother Earth’s love and Corn Moon’s love were one and the same to them. The love they had for each other was no less.

Corn Moon saw Wild and Blue dancing in her light. She saw sweet shyness in their hearts, and she pulled them close to her. Wild and Blue rose through Starry Sky on Moon’s beam. And so it happened that Corn Moon kissed Blue, and then she kissed Wild, right on the lips.

Still holding hands, they slid down Moon’s beam, back to Mother Earth, back to Queen Anne’s Lace. 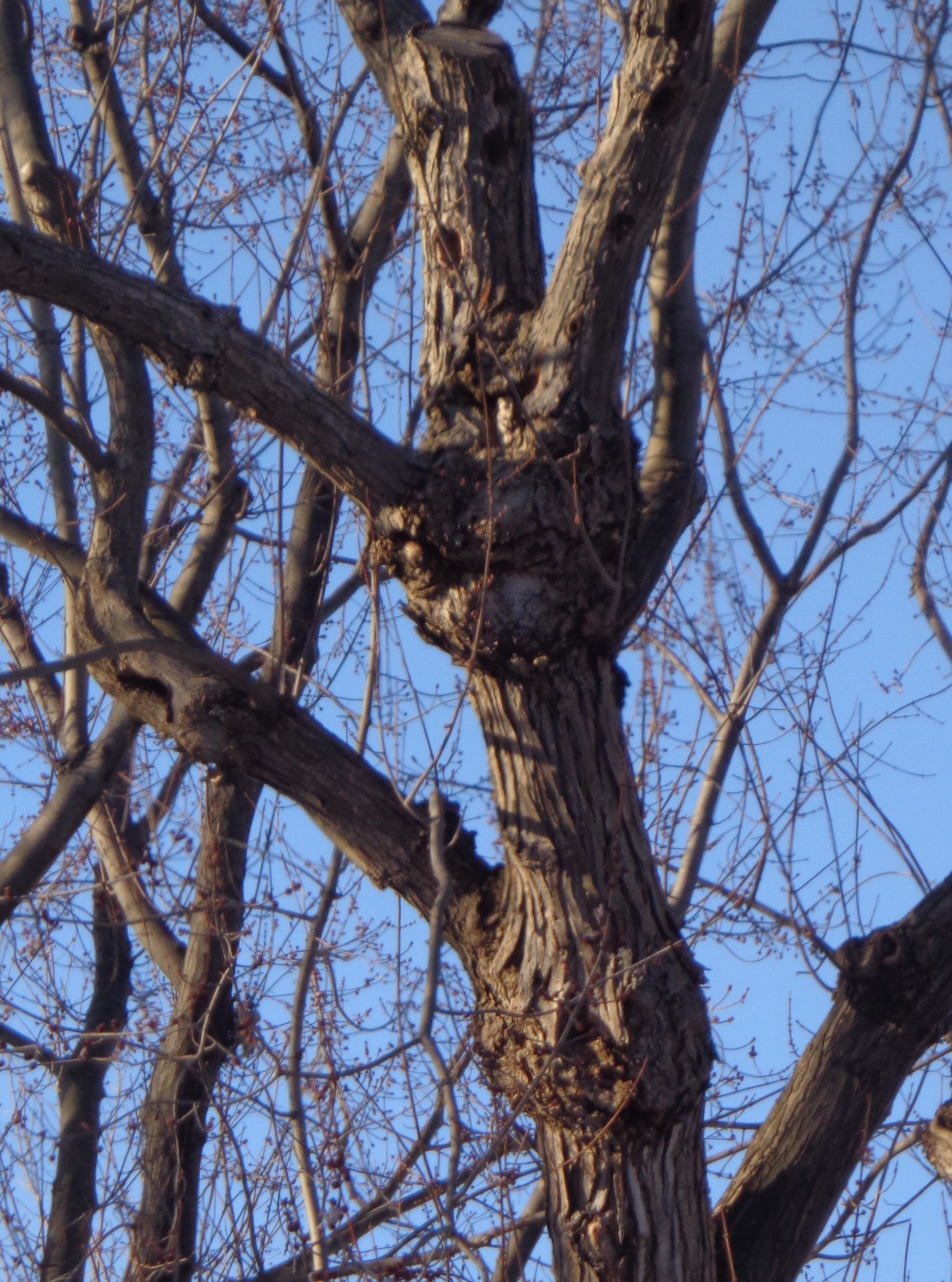